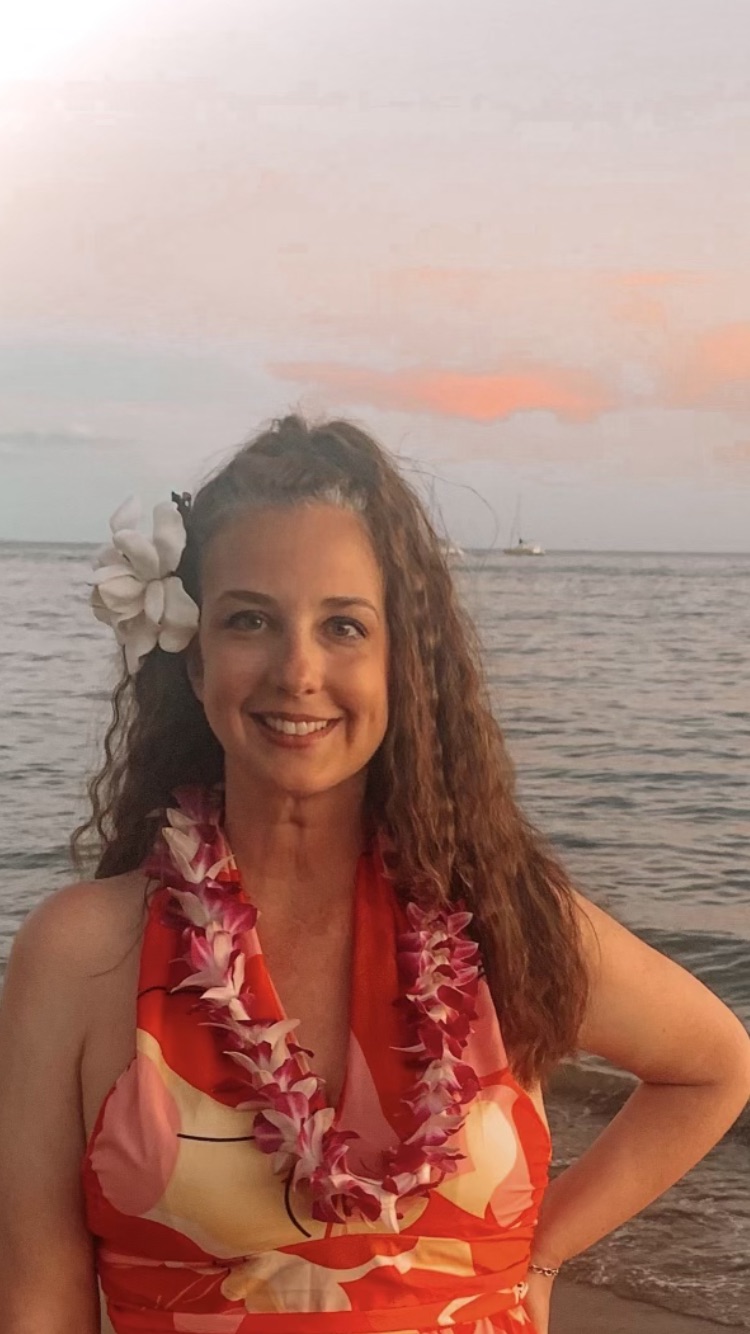 Wow, I can’t believe it’s been almost 6 months since I’ve written just a regular “what’s been up with me” blog. However, I assure you, those months have been quite busy. I hope you are all doing well and staying healthy. There have definitely been some ups and downs within this frame of time, and I would like to share them all with you, because life has both.

At the end of February, my birthday was February 23, and my sister Shelley gave me the sweetest surprise. After not being able to drive for 15 years, it has become a reality that I won’t ever be able to drive again, and having a red convertible is just a fantasy.

However, my sweet sister made it a reality for my birthday. She rented a red mustang and drove me around in it all day! We even had matching “Thelma and Louise” shirts to wear while we galavanted around town. It was one of my best birthdays ever!

Not long after my birthday we arrived at Purple Day®. It was a fun day this year, as I had the quick idea to take some purple Tootsie Roll Pops with me to one of my favorite restaurants along with a Seizure First Aid Poster, and they happily took both. It is still up in the restaurant, as we speak today!

Even though Purple Day® was fun, March and April were not my two favorite months of this year. I had a strange thing slowly growing in the left corner of my eye. You could only see it when I turned my eye a certain way. When I went to the first eye doctor about it, he immediately referred me to someone else. The second doctor wanted to do a biopsy on it, but two days before the surgery, the anesthesiologist cancelled my surgery off because he was uncomfortable putting someone with Epilepsy to sleep!

Luckily a dear friend from high school saw my post about it on my Facebook page and happened to work with an amazing eye doctor who took care of me right away. He was able to remove the entire tumor but suggested that I still do some radiation to make sure all the cancer cells were gone.

One of the frustrations of the medical industry, is the time it takes for everyone to coordinate with each other. One tends to do a lot of “hurry up and wait” for the medical business. It rocked on until June, and that is when they wanted to get me in for radiation and that is when I had the trip of my life planned, so I told them we had to wait until after that.

Ironically, my Dad was diagnosed with throat cancer within two weeks of my eye cancer diagnosis. This was quite a shock to all of us, and we have just held on tight to each other for us to get through this difficult time. My dad’s cancer is more severe and aggressive than mine, so he has to have 29 sessions of radiation, and I have had to have 12, but we still go together and back-to-back.

Other than my new hobby of playing phone tag with doctors, I have been able to take on a more active role with volunteering in an area that I am very passionate in, and that is Mental Health Awareness and Suicide Prevention. I am a volunteer for two organizations that are linked together. The larger one is called Cherokee FOCUS, which connects all the non-profit and family services together once a month so that everyone has a chance to network and learn about each other’s resources. The second group is a subgroup of FOCUS called the Cherokee County Coalition of Suicide Prevention. I will be taking on a more active role with this group, as they participate in many community activities. I am even allowed to bring materials about Epilepsy with me, so it is a great way to connect the two, to demonstrate what a serious crisis it is.

In May, I was grateful to be able to attend the first Epicon Conference held by the Epilepsy Foundation. I met some truly amazing people that inspired me about living a full life despite having Epilepsy, because I saw so many individuals doing it.

One of the most helpful items I learned about at the conference was the Medisafe card. It is simply a free App that you load onto your phone, put in all your medicine information, and it reminds you when to take your meds. It is extremely helpful for me and my memory problems with short term memory.

One of the neatest things that happened was that I was interviewed by an ambassador, and it is posted on You Tube under Alabama Care- Epilepsy Foundation Conference in Tennessee. It was my first time ever being interviewed like that. Even though I was nervous, it was also inspiring.

June FINALLY came, and I went on the trip of a lifetime! She and I had been planning it for a year and we were not going to let anything get in the way of it. She, I, and her beautiful daughter Olivia, all took off for ten days to Maui, Hawaii. Don’t worry, I have included lots of pictures!

I am sorry for this blog being so long. I will try not to wait so long on the next one. As you can see, a lot has happened in these last months. It just goes to show that WE CAN DO HARD AND FUN THINGS!