One World Observatory has partnered with The Anita Kaufmann Foundation in support of Purple Day® 2017 and Epilepsy Awareness. Positioned on top of the tallest building in the Western Hemisphere, on levels 100, 101, and 102 of the 1,776 foot tall One World Trade Center building, One World Observatory™ provides unique, panoramic views of New York City, its most iconic sites, and surrounding waters. Along with their donation of the 102 floor event space with spectacular views, the Observatory has offered to donate $5.00 per general admission ticket and $10.00 per priority access ticket to AKF during the entire month of March. 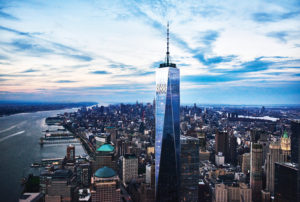 To purchase and reserve your place, please contact Debra Josephs 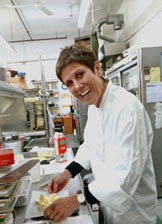 Creating the purple replica of the Tower will be Madeline Lanciani, an accomplished chef de cuisine and pastry chef. She began her career as the first female chef ever hired at the renown Plaza Hotel in New York City and from there, worked in the kitchens of some of the city’s top restaurants. Eventually, she opened Patisserie Lanciani in Greenwich Village.

In 1992, Madeline established Duane Park Patisserie in TriBeCa, a beloved neighborhood bakery that also serves the catering and event industry. The Metropolitan Costume Ball, The Robin Hood Foundation annual gala, The Marine Corps Ball and The Metropolitan Opera Company season opener are just a few of the events where her desserts have starred on the menu.

You can order your standard and priority tickets to the Observatory here.

The exclusive sponsor of this event is Eisai.  Eisai is committed to making contributions to better healthcare for patients and their families around the world through its business activities.We want to recognize here their continued and generous support not only to AKF Programs and Purple Day®, but to persons with epilepsy around the globe. For this event they are providing awareness materials that will be on display and available for the entire month in the lobby of the Freedom Tower for an estimated 100,000 visitors.

This very special epilepsy awareness event will take place during the entire month of March, and will culminate on March 26th 2017 (Purple Day® 2017) with a dessert reception between 2:00 PM and 3:30 PM on the 102nd floor of One World Trade Center. There will be a “purple carpet” and a step-and-repeat for fabulous photo opportunities. A purple cake replica of the Freedom Tower will be on display and refreshments will include purple cupcakes and a Purple Day® grape non-alcoholic beverage.