It’s Back! The Great Purple Cupcake Project for Epilepsy Awareness!

Purple Day® Every Day officially relaunched “The Great Purple Cupcake Project” — a global epilepsy awareness campaign centered on perfectly purple pallet pleasers: purple cupcakes. This re-launch is in conjunction with Epilepsy Awareness Month which is celebrated in November in the United States.

Purple Day® Every Day is inviting bakeries, confectionery shops and individuals across the United States, Canada and around the globe to bake purple cupcakes and other sweet treats and take creative photos and videos for social media to help spread awareness about epilepsy — a condition that affects over 3 million Americans and 65 million persons world-wide. They are also asked to tag other bakers and share this information on to people who might participate to “challenge” them.

Bakers should mix up some mighty sweet purple treats and post videos and photos of their confectionary classics and share facts and figures or a personal story about epilepsy in their life or the life of someone they know. Participating bakers should use the hashtags #purpledayeveryday, #epilepsy and #epilepsyawareness as well as tag @PurpleDayEveryDay in the photos, videos and posts on social media – Instagram in particular. The Purple Day® Every Day team will make every effort possible to repost, share and retweet anyone who tags them in posts.

“Being involved in The Great Purple Cupcake Project for going on 10 years, has been such a sweet and positive way for us to educate our community about epilepsy and educate them on what to do if someone has a seizure. Through The Great Purple Cupcake Project we have met and made a community of people living with epilepsy, so we feel we are truly not alone in this journey,” said Tammy Smits-Sommer, mother of Purple Day® Every Day Ambassador McKinley & owner of Blossoms in Denmark, Wisconsin. “Help us by showing your purple and spreading awareness about epilepsy and educate your community, at the same time.  It’s the sweetest way to support the Epilepsy Community and we will be throwing down challenges all month to some special people in our epilepsy community.”

Past participants and contest winners: 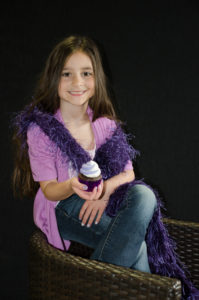 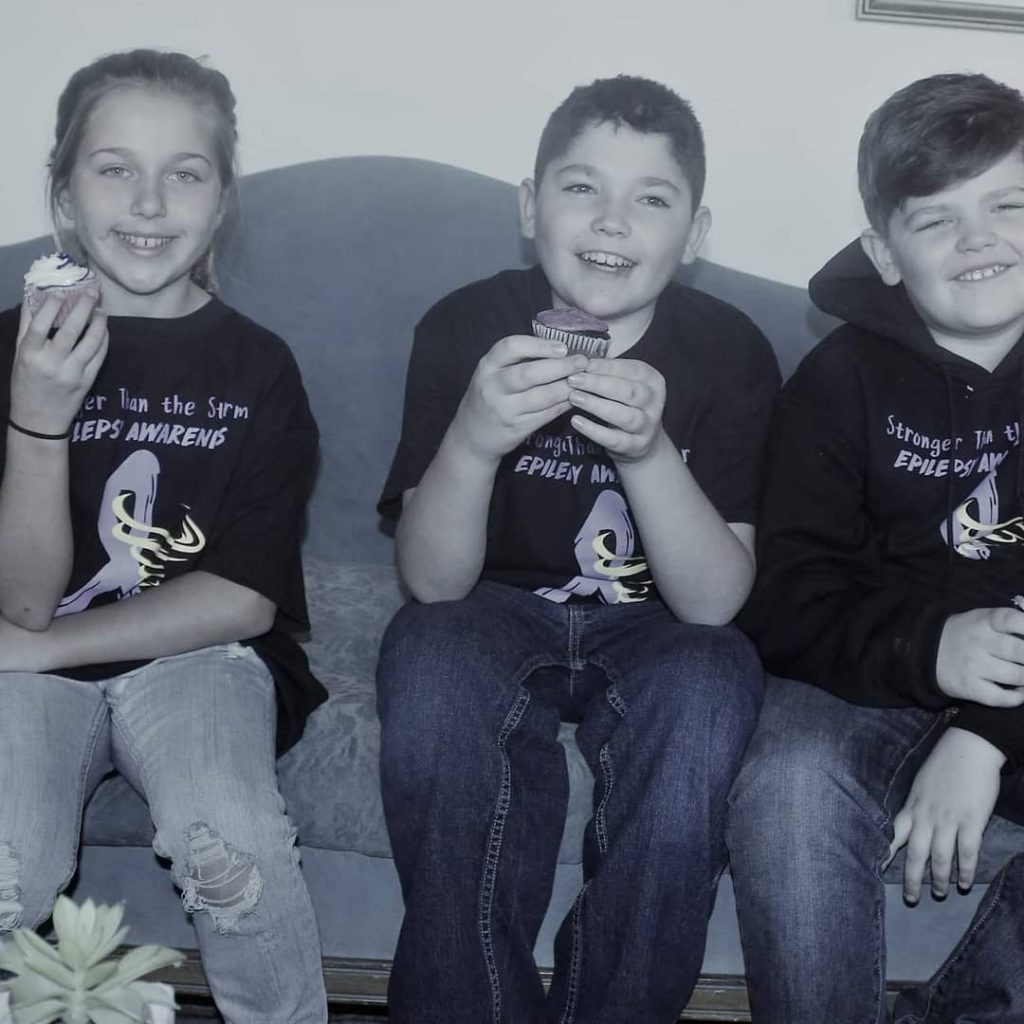 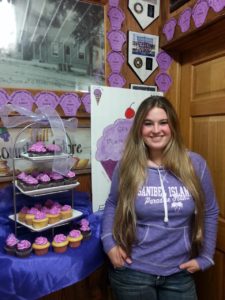 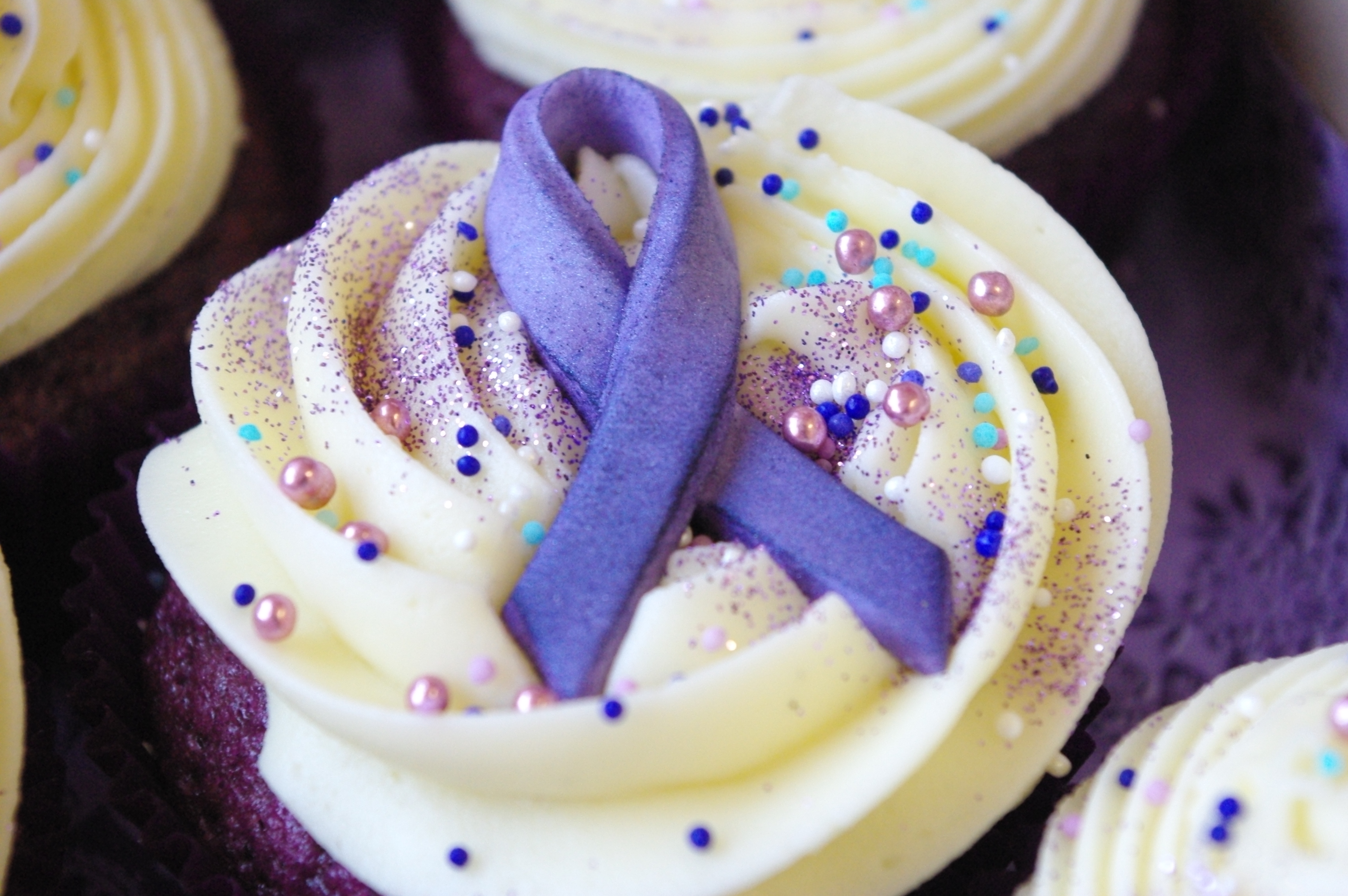 Purple Day®, an international grassroots effort creating awareness about epilepsy worldwide, was founded in 2008, by a then nine-year-old Cassidy Megan of Nova Scotia, Canada. Motivated by her own struggles with epilepsy, Cassidy started the day to encourage people to talk about epilepsy and reassure those with seizures that they are not alone. She named the day Purple Day® after the internationally recognized color for epilepsy, lavender. Today, people everywhere wear purple and hold events to promote awareness about epilepsy every March 26th. And, with the launch of Purple Day Every Day, we encourage epilepsy awareness every single day of the year! 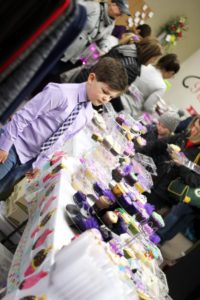 It is estimated that in the US one in ten persons will have a seizure and one in 26 will be diagnosed with epilepsy at some point in their lifetime. That’s more people than multiple sclerosis, muscular dystrophy, cerebral palsy and Parkinson’s disease combined! And, epilepsy is the fourth most common neurological condition in the US after migraine, stroke and Alzheimer’s disease. Additionally, each year in the US, 150,000 new cases are diagnosed, most being children and older adults. Despite these staggering statistics, epilepsy remains one of the most publicly misunderstood conditions, and misconceptions about the disorder persist. Consequently, many people with epilepsy face barriers to employment, to education, and are discriminated against in all areas of life due to a lack of public awareness. In fact, many people with epilepsy feel that the stigma surrounding epilepsy and seizures is worse than the isolating condition itself. This showing of community support and involvement is sure to please established clientele and bring new customers into your very special shop. Logan even held Purple Cupcake Event himself (Well with the help of mom!)!

The Great Purple Cupcake Project is Every Day!

The Purple Day Every Day Team was in Orlando, Florida  in September 2015 attending the Cake and Sugarcraft Fair promoting  The Great Purple Cupcake Project for Epilepsy Awareness. 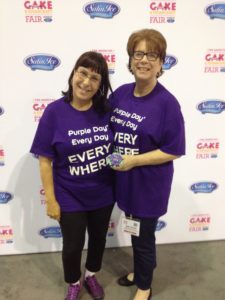 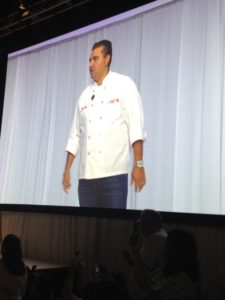 AKF Executive Director Debra Josephs and AKF Director of Special Projects Ann Marie Bezuyen  joined long-time supporter Buddy Valastro (The Cake Boss). They reached out to attendees with an invitation to join the Cupcake Project while offering epilepsy information to take back to their bake shops to share with their customers.

The Purple Day Every Day Team was in London, England  in September 2015 for the The Cake & Bake Show. There were baking classrooms, exhibitions, display tables, super cake and bake theater and many celebrities on hand. Debra and Ann Marie promoted epilepsy awareness through The Great Purple Cupcake project, sharing first aid materials and answering questions.  We were joined by our English Partner and CEO from Matthew’s Friend Emma Williams (pictured l. with Debra.)

In August 2016 the Purple Day Every Day Team was at the Iowa State Fair. We held the first Great Purple Cupcake Challenge there, with dozens of fabulous entries.

The Team manned an information table and met many wonderful Iowans interested in knowing more about epilepsy. Many attended the free seizure recognition and first aid training we offered while there. 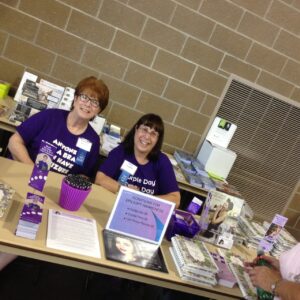 The Great Purple Cupcake Project was celebrated in Spain for the very first time this year with the help of Director of Purple Day Spain Barbara Nicol. It was a huge success with wonderful Purple Day themed entries and an amazing winner! You can find Purple Day Spain on Facebook and find out about local events and share with their followers every day. Save Save

IBIE Cupcakes for Hope Contest The International Baking Indu stry Expo raised epilepsy awareness! In cooperation with the Anita Kaufmann Foundation and Dessert Professional Magazine, IBIE held the second annual Cupcakes for Hope Contest! Entrants sent photos of a purple cupcake they baked and decorated. The lucky winner will receive a feature of their work in Dessert Professional magazine and received admission to a hands-on, professional baking session at IBIE 2016, a $200.00 dollar value! The IBIE online community voted for the purple cupcake they liked best.

This year the winner is Karen Moline. She has been decorating cakes for almost all of her adult life. She worked in a variety of small bakeries, grocery stores, and large bakeries in Texas, Minnesota, and Wisconsin before she settled down in Whitewater, WI. Karen’s talents spurred the opening of The SweetSpot Bakehouse and her cakes are in high-demand by clients in Wisconsin and Illinois. Karen has received numerous awards for her decorating skills and has been featured in Cake Decorating Magazine for her designs. When she’s not creating the perfect cake, Karen enjoys spending time with her family and traveling in search of new ideas and inspirations for future desserts and cakes. The SweetSpot Bakehouse is honored to have been selected as the winner of Cupcakes For Hope. Karen’s winning cupcake was inspired by a Bakehouse employee, Emily, that is affected by epilepsy and seizures. We continue to hope for a cure, for Emily and everyone afflicted with epilepsy. 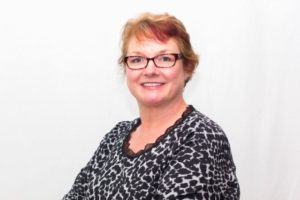 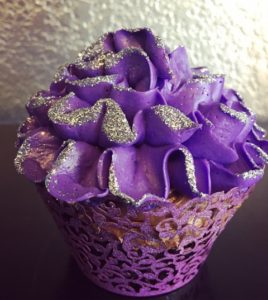 Steve's Cheese and Blossoms in Wisconsin does it again! 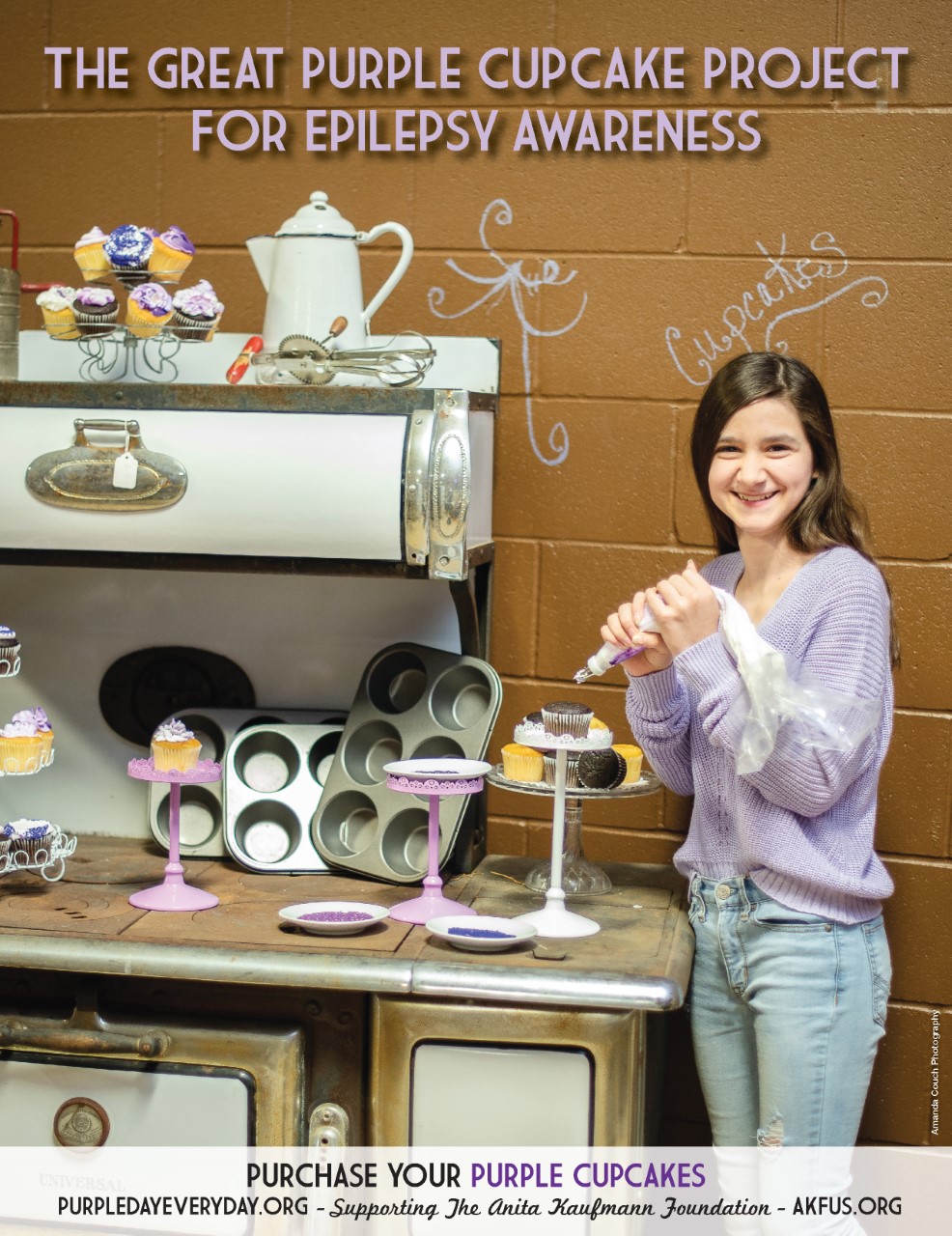