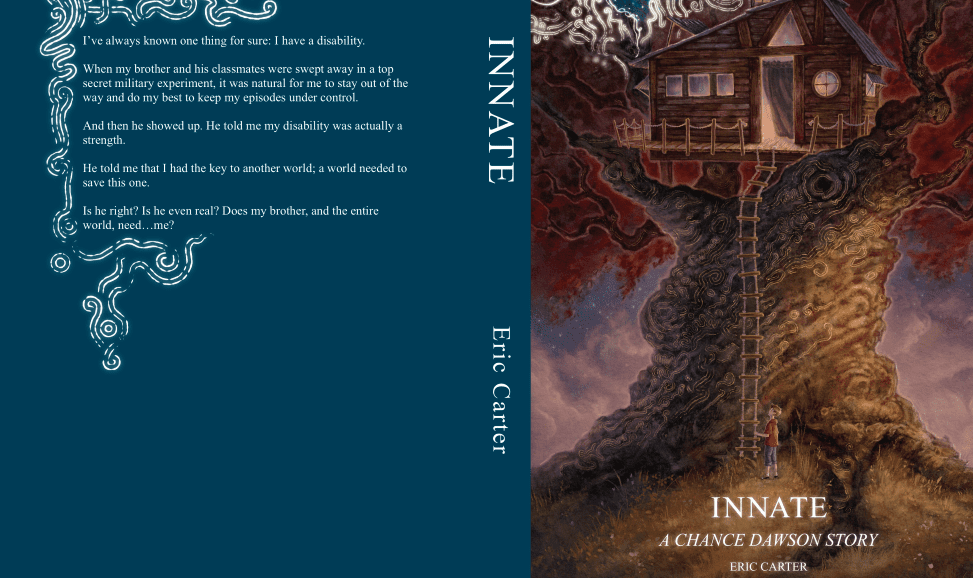 Eric Carter is an in-house attorney and freelance writer who has spent most of his career writing about the harsh realities of law and small business. But he’s always believed there’s much more Unseen in this world than there is Seen. He’s now exploring that mystery through his debut character, Chance Dawson. Eric and Chance share a superpower that this world has labeled a “disability” and Chance will come to terms with that reality in Eric’s first novel: Innate, a Chance Dawson Story. Eric lives in South Carolina with his wife and three boys, who are all very much part of the Seen and Unseen. Follow Eric on Instagram and Facebook @ericcarterbooks