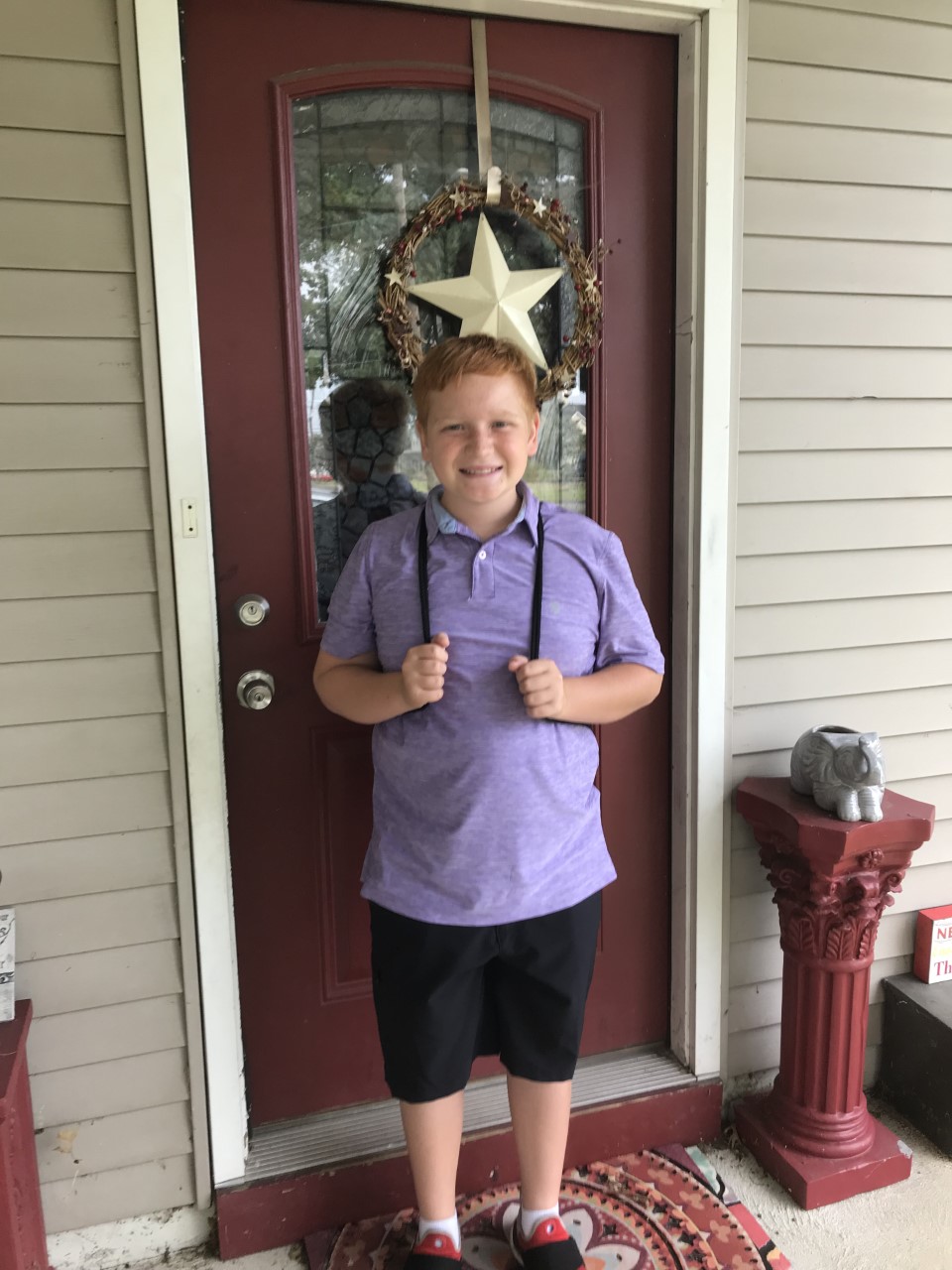 I JUST WANT KIDS WITH EPILEPSY TO FEEL SAFE 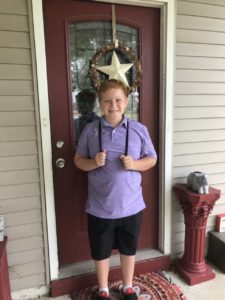 “I had my first seizure in school. My teacher was sitting right behind me. I put my head down, but she didn’t know what to do. When I picked my head up, she sent me to the nurse. I walked there by myself.”

Paul was diagnosed with epilepsy this past February. He is 13 and in 8th grade. He hates language arts! He doesn’t like reading or writing, but he loves math, science, history, and drawing. He’s a big fan of the gym and, of course, video games like Minecraft and RoadBlocks…not Fortnite anymore. Pretty typical stuff for a not so typical kid! 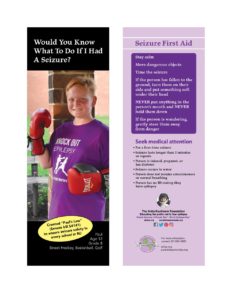 But when he has a seizure, and they usually happen in school, they are focal unaware seizures that used to be called complex partial seizures. He’s gone from 4 to 5 seizures a day to NONE since May 8th…. but who’s counting!

“I want to feel safe, and I don’t right now. People need to know how to help when I have a seizure or any other kid.” There are 12,000 children in New Jersey who have epilepsy.

So, first things first, Paul and mom, Colleen Quinn, taught Paul’s best friend, Shane Farr, how to recognize a seizure and help. It was easy. His dad Bill has epilepsy but has been seizure-free for the past 22 years! The first time he helped Paul, Shane tells us, “It was just a normal day hanging out in the back yard. I thought something might be wrong, so I asked Paul if he was OK and he didn’t answer. I called his mom right away.”

Next came a seizure action plan in place at school and an IEP requiring epilepsy training for school personnel spearheaded by his mom and the school’s Superintendent, Beth Norcia.

Mom then joined online e-communities to learn more and there made friends with Shari Dudo, who suggested they try to establish a Sam’s Law (named for Barbara and Jerry Watkins daughter) in New Jersey and call it Paul’s Law. Currently, Paul’s Law (Bill S4141) has been introduced in the New Jersey Senate. 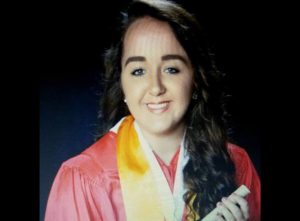 Samantha Watkins was an 18-year-old honor student, member of the National Honors Society, a Texas scholar, and a member of the Kilgore, Texas High School soccer team who died as a result of a massive seizure only three months after she had her first seizure. The law her death spurred, requires all Texas public school personnel to be trained in seizure recognition and first aid.

What followed was the conversation between Paul and his mom about joining the fight for epilepsy education in every school by connecting with Shari Dudo and adding their voice to bring education and awareness to the State of New Jersey.

Paul was ready to speak up and speak out. He was not uncomfortable disclosing that he had epilepsy. “I just want to feel safe!” So, mom Colleen connected with Shari Dudo and together they discussed a plan to bring the law to New Jersey.

According to Paul’s godmother, Colleen Lindh, who has known Paul’s mom for 30 years “if anyone can get this done it’s her – Mama Bear is out!”

Paul met with Senator Beach who was a former teacher who had seen seizures before. Paul said Senator Beach was just marvelous to them! The Senator’s daughter had heard Paul tell his story on a radio spot and told her dad that he HAD to help. That’s an endorsement that’s hard to beat!

Colleen, Paul, and Paul’s godmother, Colleen, were invited to help edit Paul’s Law after Senator Beach’s office made some changes. Paul’s law follows the Texas Sam’s Law as a model.

Cindy Veneri, Colleen’s close friend, was especially helpful in giving Colleen and Paul emotional support, when Paul was diagnosed. Cindy had lost her daughter and is helping to raise her 4-year-old grandson, who has autism. “If it wasn’t for Colleen, my beautiful grandson wouldn’t be where he is today. Colleen knows how to advocate!”

Paul struggles with medication side effects, feeling “different”, and bullying.” It’s tough. “I was playing ball with some kids and one boy shouted out, ‘Ew! Get away. You have epilepsy!’ I said, ‘What did you say? What in your brain made you think it was OK to say that?”

He puts all that aside and for his birthday did a fundraiser to send kids to camp. Paul went last year on a scholarship. “We raised lots of money! $700.00!” We continue to raise money through Paul’s social media page, Paul’s Purple Warriors NJ, on Facebook by selling t-shirts.

“We want the training that comes with Paul’s Law to be uncomplicated, provided by a nationally approved organization and free of charge to ALL New Jersey school personnel, including bus drivers,” says mom.

Paul admits that this hasn’t all been easy. Privacy is gone. But mom Colleen sees Paul as so very brave and she couldn’t be prouder. We agree.

“Sometimes I would rather be doing something else, but I really just want everyone with epilepsy to be safe,” adds Paul. We couldn’t agree more with our YOUNG CHAMPION.